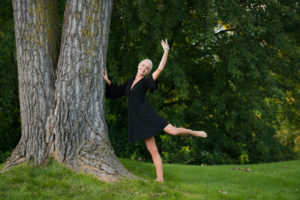 Tona teaches the Junior Ballet Company at Heartbeat. She began dancing as a young child growing up in the northern suburbs of Chicago. She was also a competitive figure skater and received dance training as a tool to enhance her competitive edge. She received formal dance training in high school and performed with several of her school dance companies. Tona attended Luther College in Decorah, Iowa where she studied communications and dance and obtained her B.A. As a member of the Luther dance companies and theater program, Tona was afforded several incredible opportunities to perform in student productions such as West Side Story. She also performed around the U.S. and in Australia and New Zealand, including a performance at the World Expo in Brisbane, Australia. Tona then went on to attend law school and currently practices law with a firm in the Twin Cities. Tona was also instrumental in starting a local charter school, Paideia Academy in Apple Valley, which placed an emphasis on music, language and the arts.

Tona was introduced to Deb, Kristin and Heartbeat studios while acting as lead prosecutor for several cities in the Minneapolis-St. Paul suburbs. She was involved in training police officers and prosecutors in domestic violence investigations and was fortunate to hear the incredible story that Deb and Kristin shared at a conference. Tona realized that Heartbeat Studios was a blessing not only for Deb and Kristin, but for anyone who shared their love of dance. She also shares her love of dance and performance with her family. Her two children, now graduated, were very involved in the dance companies at Heartbeat, as well as the Beat Squad, and her husband sings with the second-place international barbershop chorus champions, the Great Northern Union, who have also participated in several of Heartbeat’s shows. Tona has been performing with Heartbeat Companies and Vox Medusa for many years and has also been blessed with the opportunity to join Heartbeat dancers around the world, including performances in London and Barcelona.